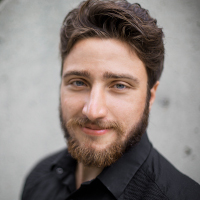 We are pleased to announce the release of WebViewer Server 1.4.67 . This release includes some new features, several stability fixes and some changes to make deployment and usage easier. You can learn more about these changes in the full changelog .

With this release and the previous 1.4.0 release we have worked to improve the stability of WebViewer Server. This release includes several fixes for preventing crashes and improving memory usage.

In our last release we made fixes to how our in memory caching worked to improve performance. This time around we've improved our on disk cache to deal with issues surrounding caching and certain configurations. To go along with this revamp, we've included a light guide to describe the exact mechanics behind our on disk caching .

We have added support for annotation custom appearances. For those PDF documents that have custom appearances defined, they will be correctly reflected in the WbViewer UI. In addition to this latest WebViewer Server update, an update to the latest client side WebViewer is also required for this change.

Support has been added for custom headers across all of our extended APIs.

For our customers who are testing in networked environments with servers using self-signed certificates, we've introduced the ability to disable validation of SSL certificates with the TRN_DISABLE_VALIDATION option. This will help to speed up WebViewer Server integration.

Previously, the expanded image made by WebViewer Server was around 6 GB in size. Through modifications to our internal build processes, we've reduced the image size to 3.7 GB. This will allow for faster image pulls across your systems.

In the past we gave out a separate image for usage on Azure Web Apps, but as of this release we are no longer giving out the azurewa image. Instead, you should enable the TRN_AZURE_WEBAPP_COMPAT option on WebViewer Server to run the regular image on Azure.

Our Azure guide has been changed to reflect these changes in deployment.

With this release we have revamped the GetPDF.js tool. This tool is now known as WVSApiWrapper.js. To go along with this renaming and changing of the API we have introduced a new section of documentation on usage of this tool.