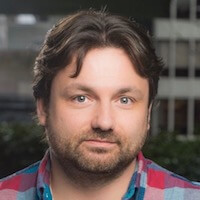 We are pleased to announce the release of PDFTron SDK 6.10 . This release features a number of improvements, including support for generating document comparisons. If you would like to try it out, check our guides for either Windows or Linux to get started.

While the PDFTron SDK has supported files of any size on 64 bit systems (system resources allowing), this is now possible on 32 bit systems as well when constructing PDFDoc objects using a file path. For the majority of operations (like rendering or text extraction) working with very large documents is practical even in resource constrained environments.

Our font substitution routines have been improved on Windows systems. In cases where the text to be displayed is in more than one language or has occasional unusual characters, our font choices will be more a appropriate (and with fewer missing glyphs). The changes are aimed towards better handling of user-created text, such as annotations.

Some improvements to our office conversion quality in the release include:

As always, the latest release includes a number of situational performance improvements as well: