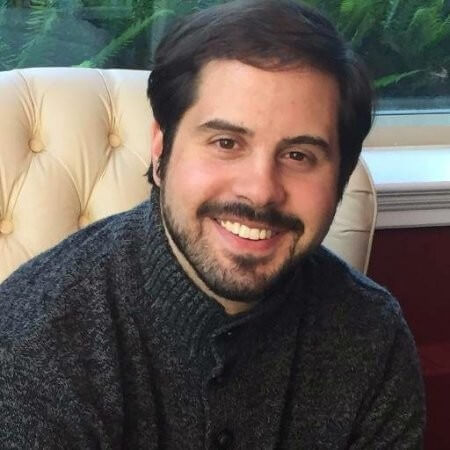 Spielberg Solutions GmbH has invested over fifty years into building and maintaining Enterprise Electronic Content Management systems. During that time, the German market leader has stayed at the forefront of innovation, helping companies large and small, across virtually all industries perform digital transformation and optimize document flows.

When developing its FileDirector solution circa 2012, Spielberg built a PDF viewer from scratch using only the PDF specifications as a guide. But as time wore on, customers requested more and more new PDF features, such as form filling and digital signatures. Spielberg started to rely on multiple commercial PDF libraries, and its custom viewer became progressively harder to update and maintain.

“The PDF spec was evolving, but other products were not evolving at the same pace, and customers just kept asking about things we couldn’t do.”

“It became too much of a workload on the development team to keep maintaining this particular aspect of FileDirector.”

Facing customer dissatisfaction if they said no to new feature requests, Spielberg decided to consolidate on a single commercial PDF SDK that could meet all its requirements across the document lifecycle out of the box, now and in the future. And after careful evaluation, informed by first-hand experience with multiple commercial PDF libraries, Spielberg chose PDFTron as its single technology partner.

Now in place across Spielberg’s server, desktop, and web-based FileDirector products, the PDFTron SDK provides for 100 percent of Spielberg’s PDF requirements and has reduced the resource time needed to implement and test new PDF features by 80 percent.

Customers routinely use FileDirector to deal with scanned business documents such as invoices. But documents can include 200+ other digital file formats, from simple MS Office documents to highly technical CAD drawings. To reduce complexity and streamline viewer development, FileDirector converts all documents into PDF prior to viewing, with some files saved to PDF/A for archival storage.

Spielberg’s diverse enterprise customer base demands the highest quality in terms of system accuracy, reliability, and performance due to the needs of many fast-paced and high-stakes enterprise workflows. Spielberg, therefore, invests heavily into maintaining and tuning different FileDirector aspects through an ongoing, iterative process of Quality Management designed to ensure customer satisfaction and loyalty by meeting and then exceeding their expectations.

Developing many FileDirector components in-house provides Spielberg the level of control they require to deliver this quality, as well as the flexibility needed to meet many new and unique customer feature requirements on demand.

“We go as deep as developing our own scanner drivers to ensure our software operates smoothly with a wide range of different scanner devices, with the highest performance, whether scanning a few pages daily or thousands of pages as part of large production runs,” Freiburg says.

“We also provide excellent support with our product, typically very appreciated by our customers, and we offer the full solution without buying business process management from another company.”

But the PDF specification began to evolve more rapidly, adding new features like barnacles such as new form filling and digital signing capabilities. And customers started to request many of these new features indirectly through Spielberg’s various resellers.

Certain functionalities, like Acroform form components, proved too time- and resource-intensive. So Spielberg used third-party commercial libraries to plug gaps in functionality that would have taken an excessive amount of time to code from scratch and maintain in-house.

But these libraries did not allow Spielberg to do everything its customers needed. Additionally, components were “chained together” in terms of how they functioned. But they were not designed to work together, creating extra work for Spielberg’s five-person Quality Management team, says Freiburg.

Indeed, each time the viewer was changed, such as when adding a new feature, developer additions had to be verified individually by the QM team and then tested again across all three library components to make sure everything still worked as expected.

According to Freiburg: “With the PDF format evolving, it became too much of a workload on the development team to keep maintaining the viewer, and the extra effort proved counterproductive. Either we had to say no to customers -- which is never appreciated -- or continue to add components. But that’s a game you can’t win if you end up working with ten components.”

“We started looking for a more professional solution -- from a company dedicated to PDF only.”

Building their PDF viewer from scratch eight years ago equipped Spielberg’s team with hands-on experience with a variety of vendor packages not limited to three commercial libraries they had directly integrated within FileDirector.

Based on this experience, Spielberg had concluded that the other commercial packages were unable to provide them a complete solution as required by FileDirector.

“We were aware of the weaknesses in the other products,” Freiburg stated. “Some did well on digital signatures, but they did not have a web viewer; others did annotations well, but they couldn’t handle PDF/A standards.”

Spielberg quickly winnowed down its shortlist to the PDFTron SDK, a solution they had previously not implemented before.

“With PDFTron, our approach was slightly different; we were really probing into some of the missing parts.”

After performing their gap analysis and a detailed evaluation of PDFTron SDK rendering, the Spielberg team was satisfied with what they found.

One thing that stood out for Spielberg was PDFTron’s superior rendering quality -- which would lighten their support load and ensure the FileDirector UX felt professional going forward.

Indeed, Spielberg had collected a bunch of problem documents from customers over the years. These documents, including scanned business documents and invoices, had problems with fonts and rotations when passed through other components. But when fed through PDFTron SDK, they all came out OK.

“We were impressed with the overall quality of PDFTron’s rendering,” stated Freiburg.

“As far as I was concerned, PDFTron has the best rendering engine and completeness for handling PDF files and all of our PDF requirements.”

When the team finally decided on adopting PDFTron, Spielberg had little trouble getting it up and running across Spielberg's cross-platform, server-client FileDirector system. Integration proved “small and straightforward”, taking three months as planned, says Freiburg. And the PDFTron support team was always on hand to answer questions and work together with FileDirector developers to solve a problem.

Now with the PDFTron SDK in place, Spielberg has covered 100 percent of its short-term and long-term PDF requirements, including support for text extraction, form field extraction, page manipulation, annotations, signing, and PDF/A conversion.

Spielberg’s brand new WebViewer solution proved a big deal for the team as well, stated Freiburg, as they did not have a web-based viewer before PDFTron.

“Instead, we had rendered everything to images and served images instead of PDF.”

Switching to PDFTron WebViewer enabled Spielberg to implement fast and efficient client-side rendering in the browser, with document files served as compact PDF vector information rather than as large bitmaps reducing the burden of network bandwidth.

The Spielberg team also appreciated their brand new PDFTron signature capabilities, such as embedding images alongside their digital signatures -- something that previous libraries had been unable to do.

Lastly and most importantly, updating the viewer, testing changes, and onboarding new developers was all streamlined:

“It’s easier for the team when they only have to learn one component -- PDFTron in this case -- whereas previously they had to learn about three other components with quite a steep learning curve,” said Freiburg.

Freiburg estimates that the time it takes to develop and test new PDF features was reduced significantly. Now getting new PDF features to market takes just half the time, two months with PDFTron instead of 4 months previously. Spielberg has also experienced a significant reduction in the time the Quality Management team spends maintaining their PDF viewer.

“All the other vendors are doing good in certain areas, but PDFTron is the only component that we found so far that is doing good in all areas and the only vendor with the full vision of integrating PDF into other applications,” Freiburg shared.

“We found all we wanted to achieve with PDFTron. It was almost a no-brainer.”

If you have any questions about how PDFTron SDK can help enable growth for your organization, please feel free to get in touch !

Founded 50 years ago, Spielberg is an expert in electronic content management systems.