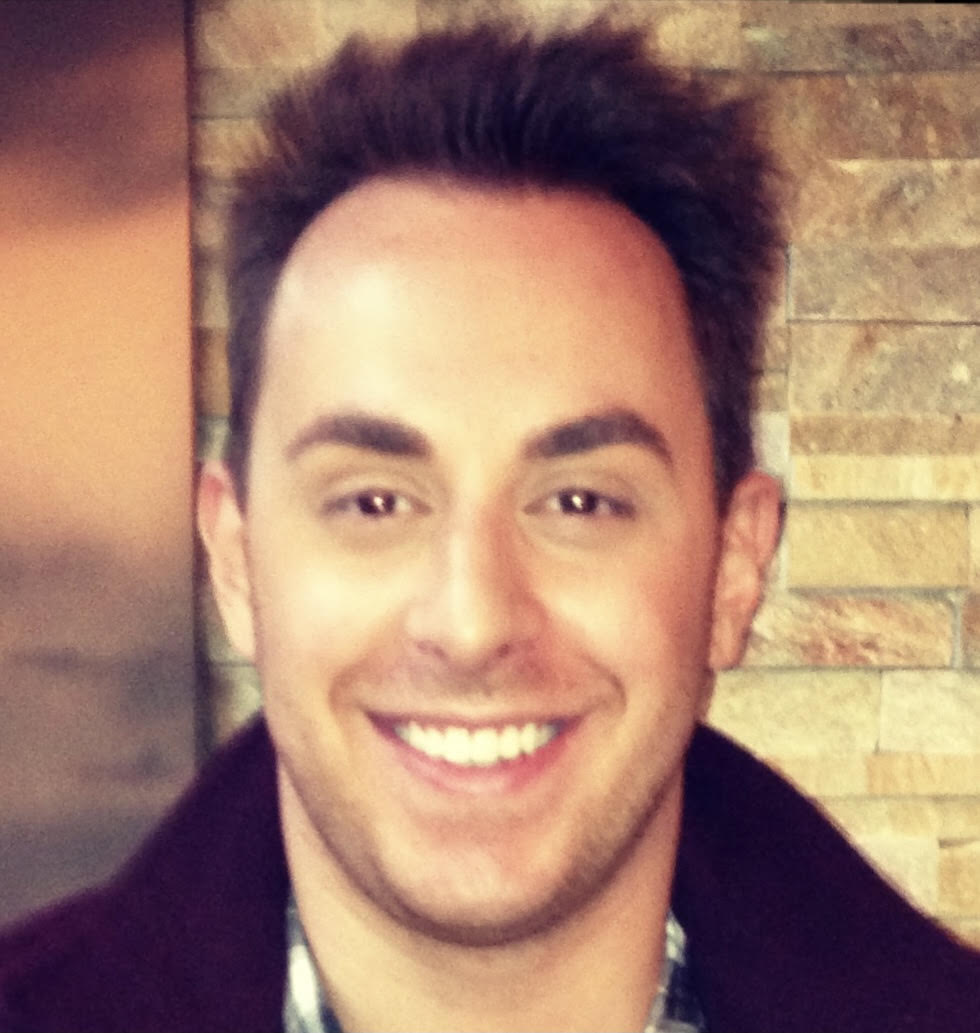 "In PDFTron, we found a partner that isn't going to just disappear. It's a benefit to us to find the most reliable partner in the market, not just because of their insights into several key industry segments, but also due to the ability to seamlessly add new features in the future as we expand our platform… PDFTron is part of our roadmap."~ Sizle's Co-Founder Jeremy Duff

Still fresh on the scene, Sizle started as a side project just a few years ago with an MVP. As with most startups, their product evolved rapidly and pivoted into what you see today -- a truly end-to-end platform for secure file sharing & document collaboration with unmatched simplicity and speed.

The Australian startup, HQ’d in Melbourne, and with five employees at home and abroad, helps its more than 13,000 users from over 100 countries create and share mission-critical documents more safely and effectively, with a complete suite of file sharing, document management, and secure communication tools. As a result, Sizle connects the dots in your business’s paperless document workflow and integrates secure document collaboration and editing to help users be more productive.

Nevertheless, Sizle had to grapple with growing pains as a result of the rapid, pandemic-driven acceleration of its business. The company’s user base exploded with over 500% growth in sign-ups as teams migrated to remote work and adopted secure communication platforms like Sizle to weather the storm. This brought in customers from brand new market segments, outpacing Sizle’s existing product with their many requests for new document capabilities including secure collaboration, complete document file format support, PDF editing, and features like complex document markup and PDF redaction.

A Flexible Experience with an Understanding and Knowledgeable Technology Partner

To accelerate development and meet the needs of users, Sizle sought a definitive, pre-built document viewing, markup, and editing solution with document collaboration and manipulation features critical to keeping its many new customers engaged after the pandemic.

As with most startups, Sizle needed a partner that understood their unique needs and when Sizle approached PDFTron with their desire to partner up, they explained their requirements and the PDFTron team listened. Together, they reached a solution tailor-made for the Sizle team, who received secure, enterprise-caliber features, with licensing matched to its business lifecycle stage.

Sizle Co-Founder Jeremy Duff stated that "What PDFTron’s sales team and I were able to put together were the initial elements needed for us to succeed in the market while allowing us to sit back and reassess after the first 12 months."

Moreover, within PDFTron’s products, Sizle discovered many of its sought-after workflows were already built out and battle-tested across companies including those at the top of the Fortune 100. This, plus a user interface that was easily customizable to their requirements, empowered Sizle to significantly enhance its offering in a fraction of the time compared to trying to build additional features in-house. Jeremy stated, "We didn’t want to reinvent the wheel when it came to document processing, particularly of large, complex files, and especially when our users depend on these files in mission-critical environments around the world every day."

In the startup world, how a product or idea comes to be is often the most interesting aspect of the story. As an early employee at the Daily Mail in Australia creating proposals and pitches in the advertising department, Duff was working with about 10 sales reps and noticed there was a lack of visibility and control after they sent out documents to potential customers. Once the documents were sent out, the sales team was essentially flying blind, not knowing if they should follow up with a client or not. Days would be lost in the sales cycle because there was no tooling in place to help these teams take control of their sales workflow. As a result, the sales cycle was about 30% longer than it needed to be.

It was here he noticed something enterprise teams within big organizations were missing -- a lightweight document tracking tool. Being a side project, Sizle.io started as an experiment with a proposal tool, meant for sales and marketing teams. Duff was able to secure some clients, and then the unexpected happened. The pandemic took the world by storm, and with the sudden total shift to remote work, Sizle saw a 500% growth in their user sign-ups. The companies signing up, however, weren’t Sizle’s typical market segment.

New industries on their roster featured biotech, finance, education, and science. Not having the experience with these segments and seeing that there wasn’t necessarily a need for a proposal tool, but for a secure file sharing tool instead, Sizle pivoted to what they are known for today -- mission-critical document markup, editing, and secure sharing.

The company had built its own document viewer based on open-source libraries, but it only supported a single document aspect ratio and had no document annotation features. Moreover, with an expanding platform and a big roadmap ahead, the technology was time-intensive to support, and it was "nowhere near flexible enough for how we needed to scale," shared Duff.

Time constraints and lack of resources meant Sizle couldn’t streamline the product fast enough. Not wanting to rebuild the design tool, as it wasn’t their core value proposition, they started looking for a commercial solution that could support all their current and future document requirements out of the box.

Sizle was searching not just for any PDF viewer or document mark-up tool, but a robust world-class editing suite to give teams confidence when manipulating and collaborating on mission-critical documents. They started evaluating other document technology vendors but couldn’t find one that met their requirements and bolstered the most current technology with the knowledge and expertise needed to serve all their market segments.

"PDFTron perfectly caters to the expected UX that a lot of our clients need in several high-pressure industries," Jeremy stated. Sizle was very interested in the fact that PDFTron built its solution around industries that were closely aligned with their own clients. "It's important that we partnered with a team that was truly pioneering document workflows on a global scale that shared the same mission to redefine how people work with documents," he added.

Additionally, Sizle only supported one aspect ratio but needed support for multiple in their document editor and viewer. They also needed a solution that would allow users to upload anything, not just a PDF file, which was already supported by Sizle at the time.

"What PDFTron could bring to the table is the industry standard in a document experience that stakeholders in high-pressure industries like finance and biotech expect." ~ Sizle's Co-Founder Jeremy Duff

In many ways, PDFTron was showing itself a great match for Sizle’s requirements in the early stages of evaluation, with comprehensive support for PDF, MS Office, image, and other file formats, a battle-hardened and reliable mobile PDF viewer, plus best-in-class PDF conversion and rendering.

Initially, though, the Sizle team dismissed it. "Our first impression was that it was going to be more advanced than what we needed. I remember being shown the website and thinking PDFTron was a hardcore API -- like, huge companies are using it; we assumed it was out of our reach," Duff said.

As PDFTron was recommended to Sizle, Duff decided to take a second look and got on a call with the sales team. "Once we had our first call, it was clear that PDFTron was interested in supporting us as an early-stage startup and we knew we were in good hands."

When Sizle decided to move forward, they tasked three developers to implement it, which was completed end-to-end in only eight weeks as opposed to the six months they estimated it would take to build the features in-house, and at less than a quarter of the cost.

While matching the UI to their existing application with their desired feature-set and ability to customize the look and feel, Duff described that "PDFTron features worked out of the box with minimal configuration, which allowed us to build and release work much faster than we had anticipated. PDFTron’s styling was similar to our existing application in aesthetic and user experience, and it was a real pleasure to customize this to fit our needs, as minimal work needed to be done."

"Once we sat down to evaluate the product UI, we loved that there was almost nothing we needed to do other than just some minor styling work. Working with PDFtron in a staging and production environment has been a breeze," added Duff.

When it came to adding new features, they explained that most of their feature development happened outside of the document viewer, and connecting those new features released in Sizle back to the PDFTron viewer has been seamless. The document viewer SDK has also helped their team develop features across the entire application much faster, rather than slow them down.

Sizle told us the client-side rendering allowed their developers to significantly reduce the company’s cloud workload while giving their users the fastest document loading experience possible. The speed increased significantly as a result of deferring key parts of the rendering and conversion process to the client and allowed them to show users a rendered document in seconds after uploading, faster than any of their competitors -- including documents with thousands of pages and with rich imagery and objects.

Duff added that "The functionality is extremely fast for something running so heavy in the browser, and this, paired with the fast client-side solutions, is helping us become the fastest and most accessible secure document sharing platform."

"PDFTron’s SDK just fits seamlessly into our UI. When we sat down to evaluate the product, we loved that there was almost nothing we needed to do other than just add some colors." ~ Sizle’s Co-Founder Jeremy Duff

After implementing PDFTron technology, Sizle revealed they’ve had a 60% increase in document uploads with the widened support for different file types and aspect ratios. Sizle has also seen significant organic search growth. Because PDFTron lets you search a PDF, the Sizle team created a landing page around that search term that has generated an additional 5,000 searches per month and a 200% increase in search performance in the last few months.

Using PDFtron to handle the grunt work of Sizle’s document conversion and manipulation has allowed them to focus on the unique value they provide in analytics and security while giving their users a world-class document editing and viewing engine that meets their clients' high expectations.

Sizle is a secure document platform that helps individuals and teams create and share mission-critical documents. Sizle provides the fastest, secure document workflow solutions in consulting, health, finance, and education environments among others. Sizle is used in more than 130 countries around the world to share information every day. Learn more at Sizle.io.